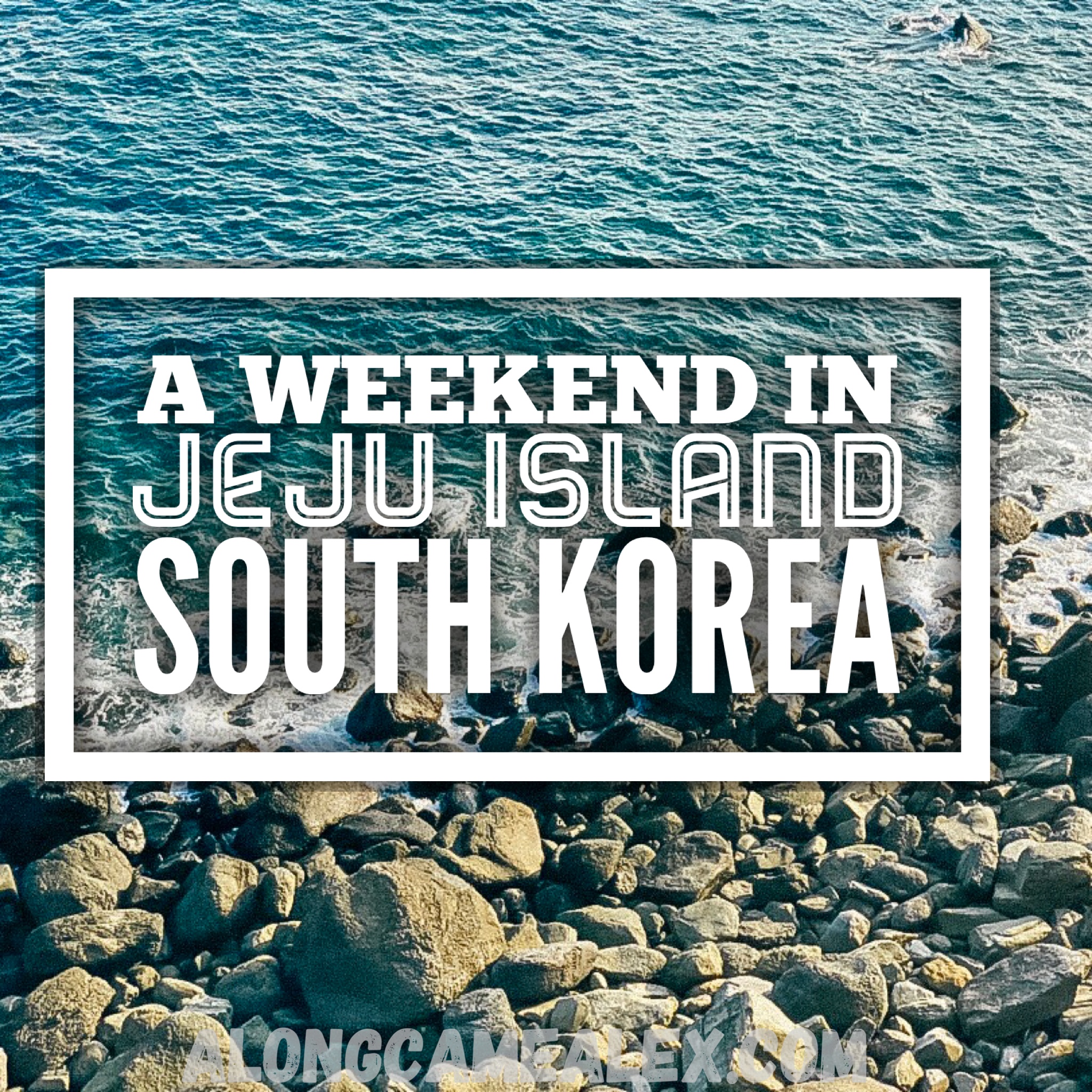 Did you know South Korea has an island? Jeju is a volcanic island located 454 km south of Seoul that was named one of UNESCO’s new natural wonder’s of the world in 2011. It was formed approximately 2 million years ago and has a humid, subtropical climate. 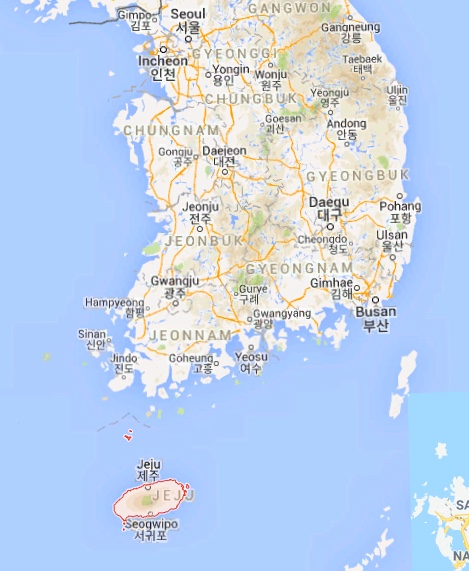 I was only in town for two days, but here are some of the things I did!

Seongsan Ilchulbong or “Sunrise Peak”
Address: 104 Seongsan-ri, Seongsan-eup, Seogwipo, Jeju Island, South Korea
Cost:₩2,000 per person,₩1,000 is you’re under 24 years of age
If you do anything in Jeju, you should go here. It takes “50” minutes to climb up a staircase hike to the peak & back down. To be honest, it took us 16 minutes to climb to the top and it took a little longer to climb down because of the photos we took. I would go around noon to climb to the top & then once you come down, there is the Haenyeo demonstration at 1:30 p.m. and 3 p.m daily. Haenyo women are the impressive female divers on the island. I wish I would’ve got the chance to see them, but it’s fun to learn about these women in general. Check out these photos from the views at Sunrise Peak. 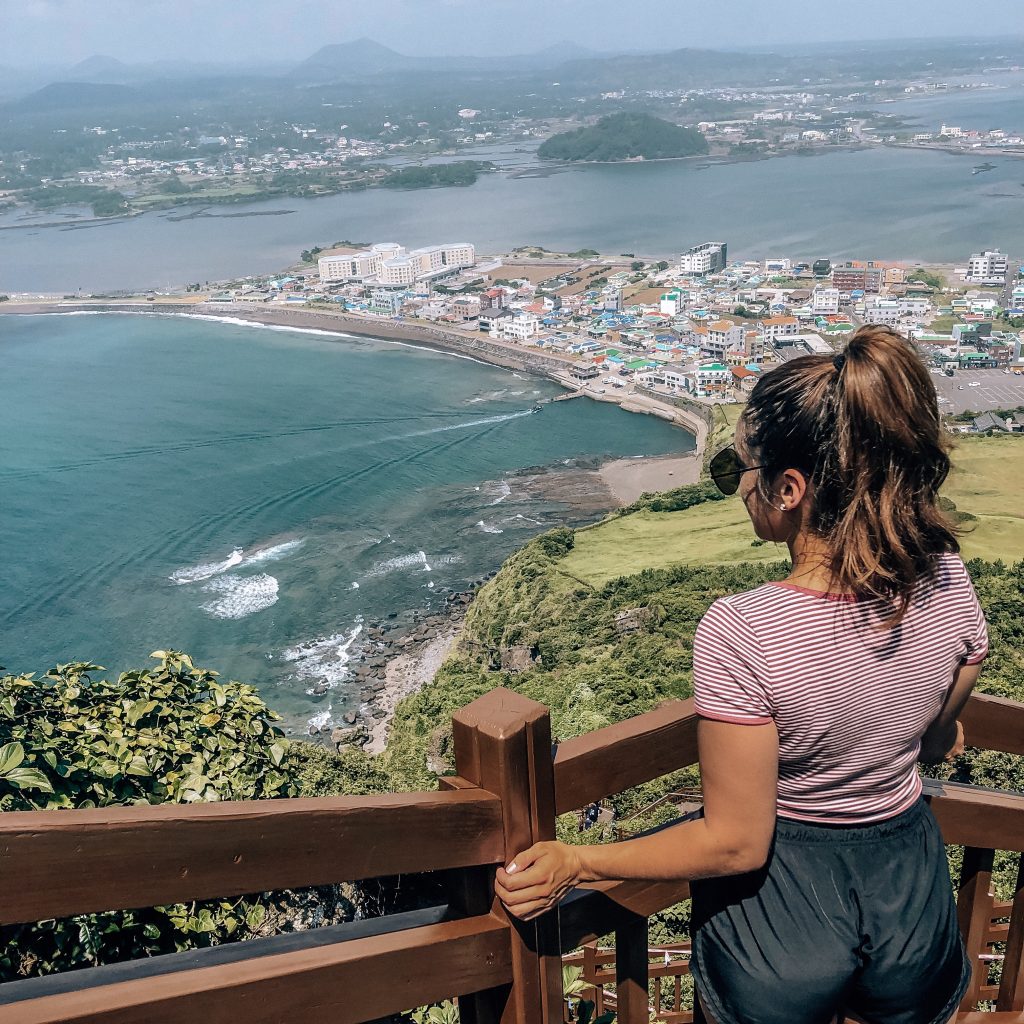 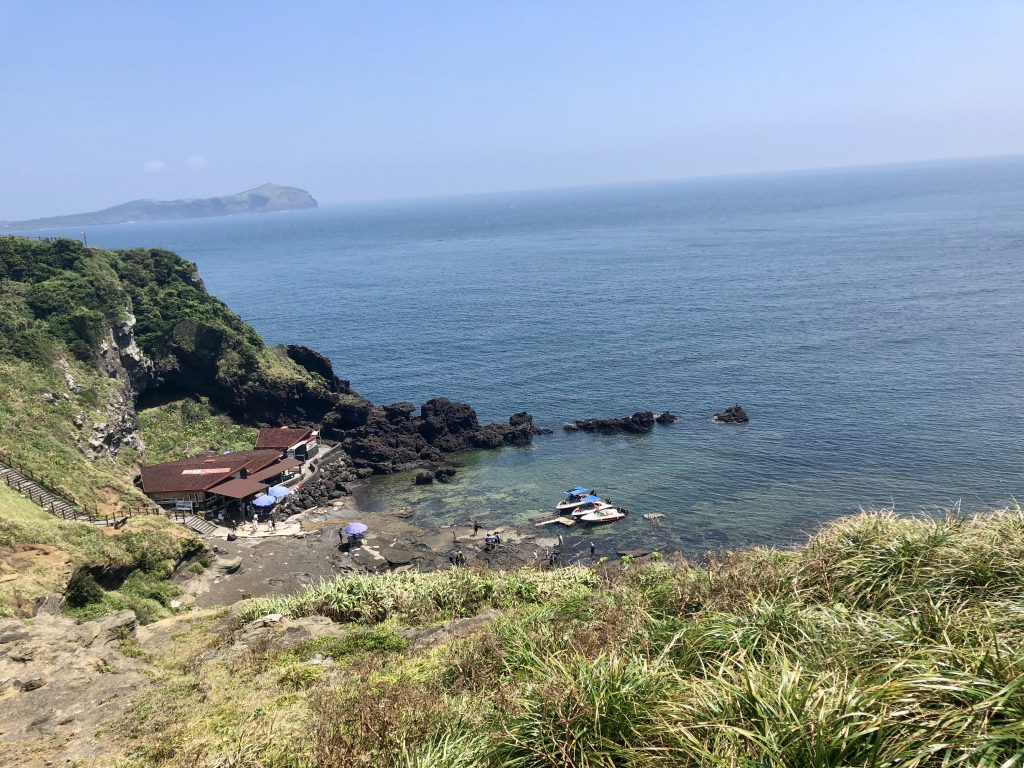 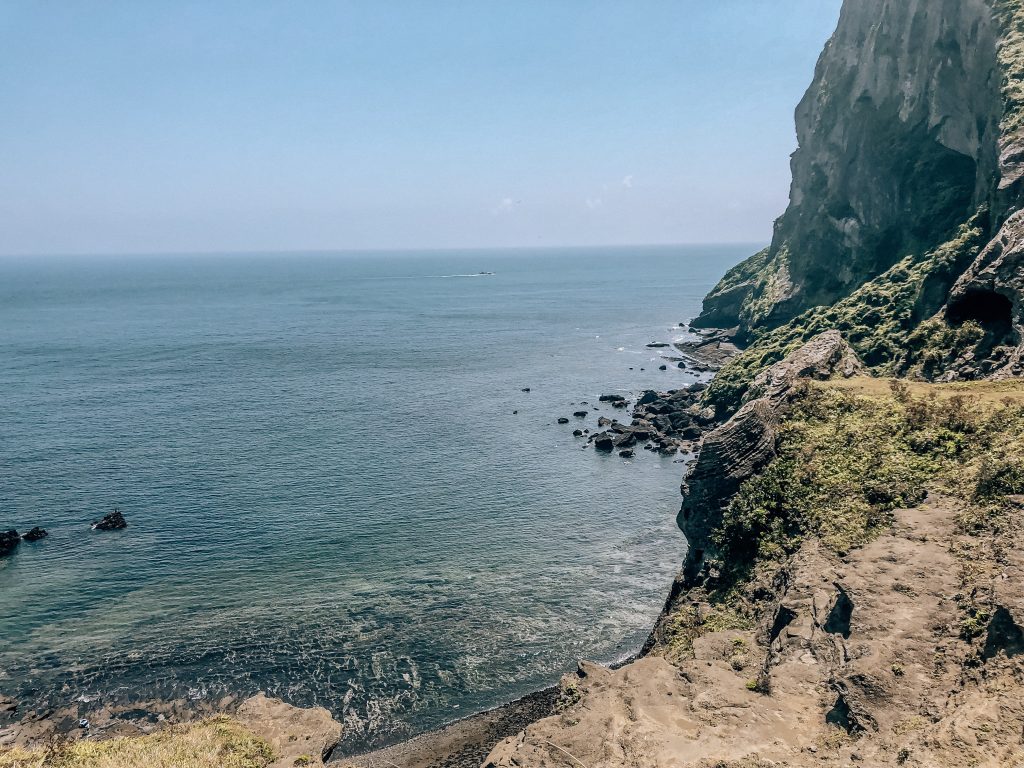 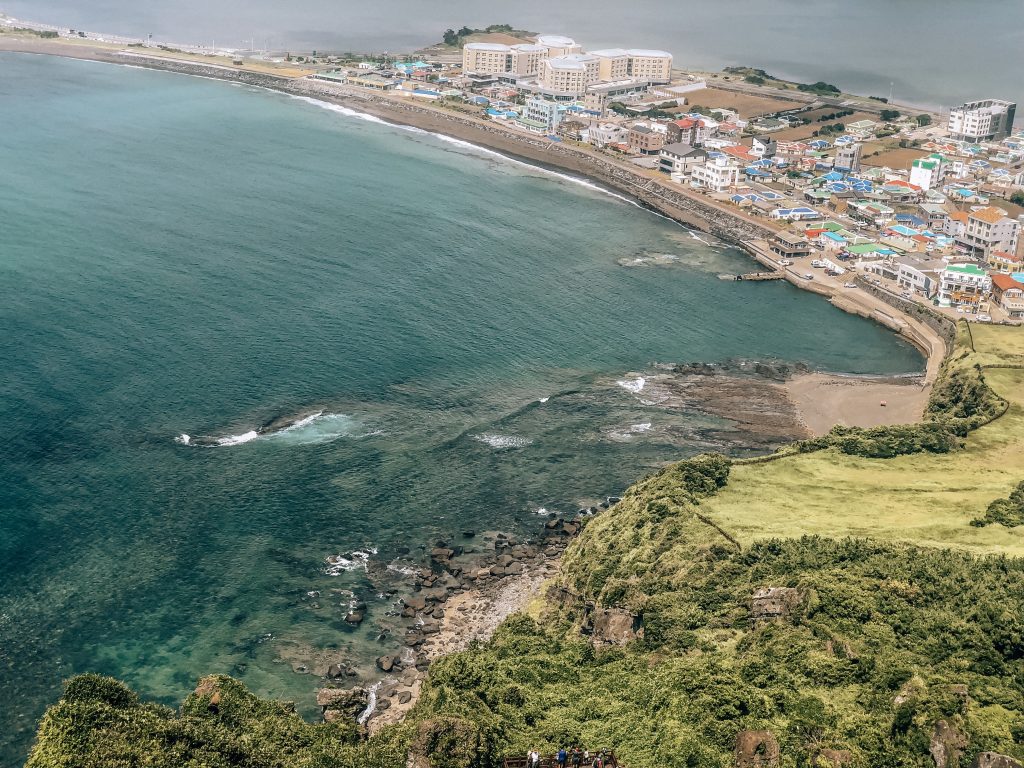 Manjanggul Lava Tube
Address: 182, Manjanggul-gil, Jeju-si, Jeju-do
Cost:₩2,000 per person,₩1,000 is you’re under 24 years of age
The lava tube is essentially a cave that was created due to a volcano eruption, lava flow & the rock cooling. It was a long walk and I think it was worth it just so everyone in our group could cool down and relax. A must-see for anyone geology buffs if you’re out there reading. 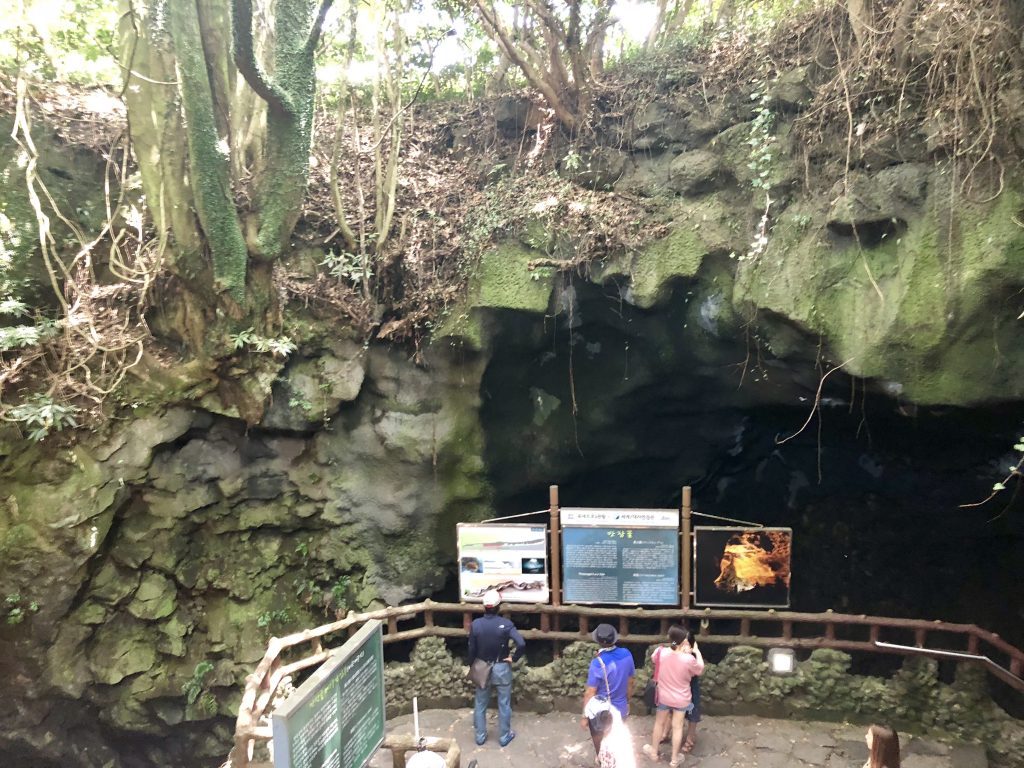 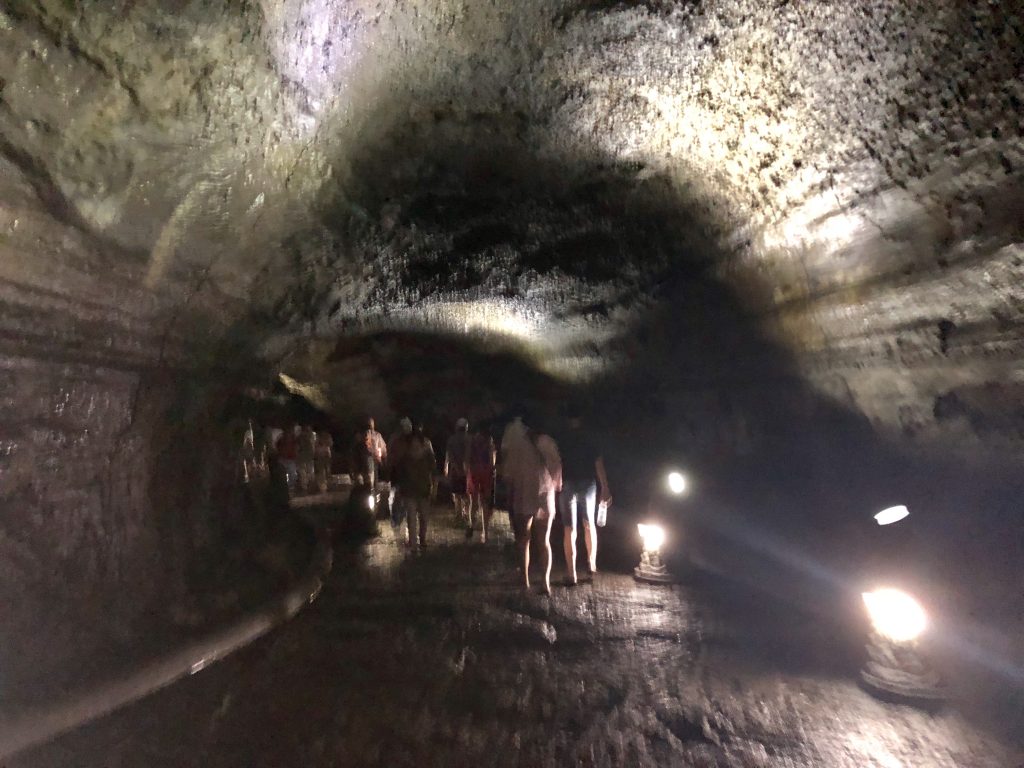 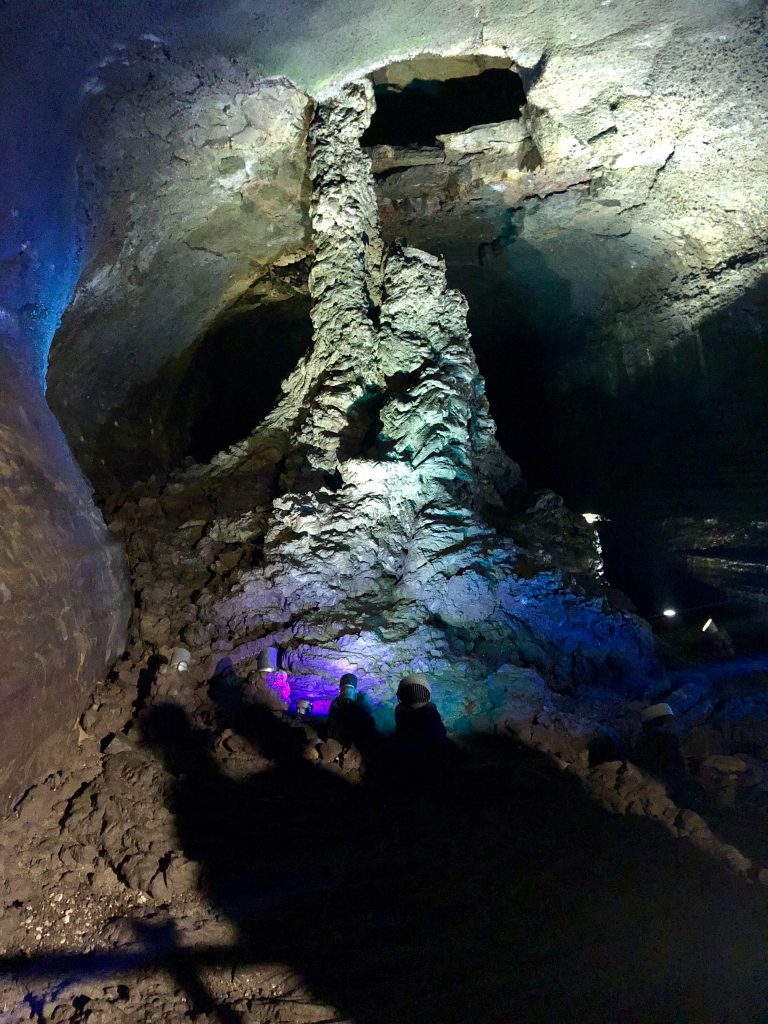 Cheonjiyeon Waterfall
Address: Cheonji-dong, Seogwipo-si, Jeju-do
Cost:₩2,000 per person,₩1,000 is you’re under 24 years of age
Honestly, I was underwhelmed by the actual waterfall here, but the park it is in itself is quite lovely. I think you can skip it if you don’t have the time. 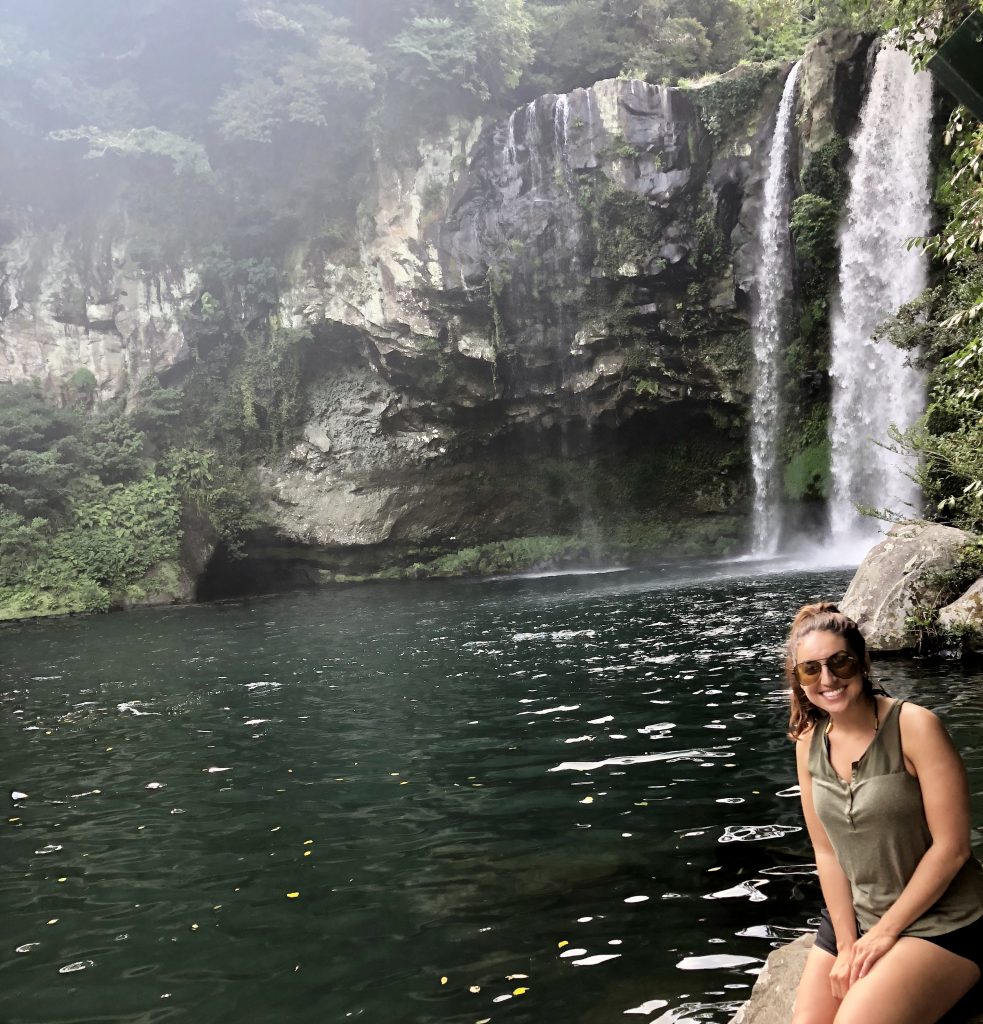 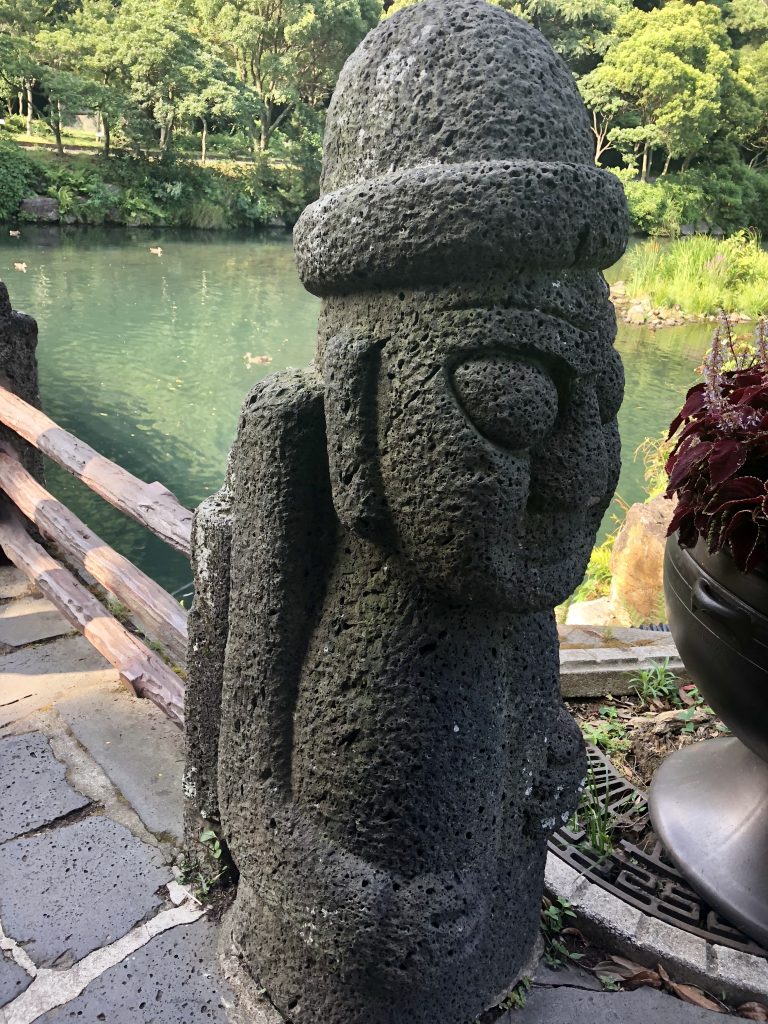 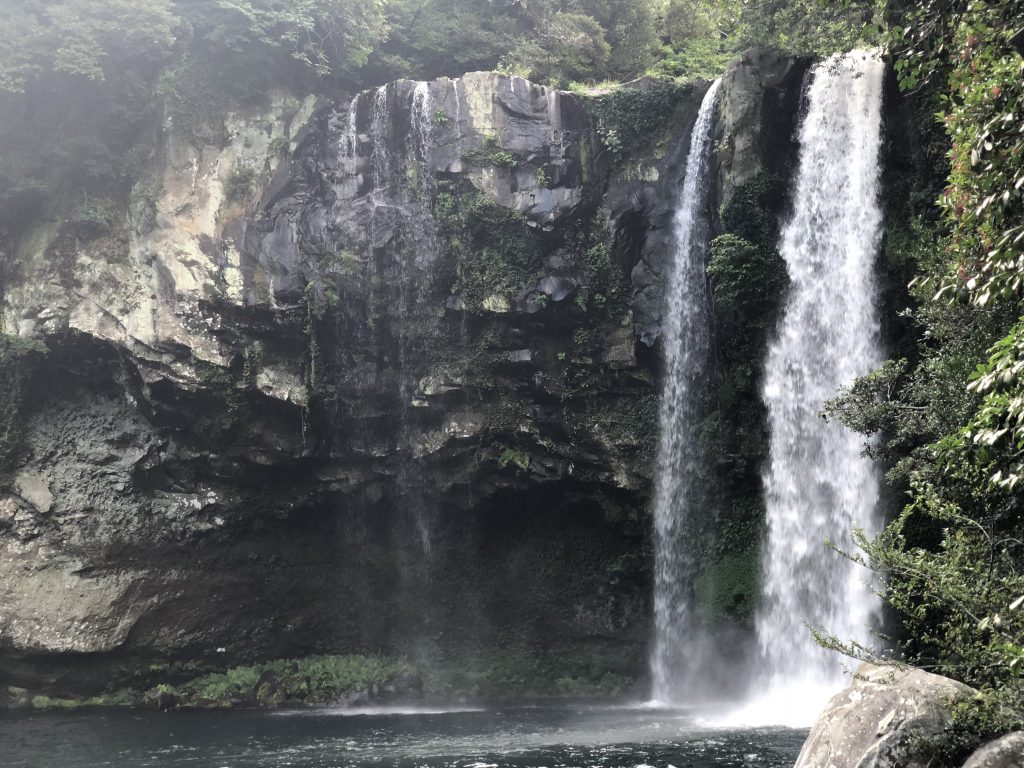 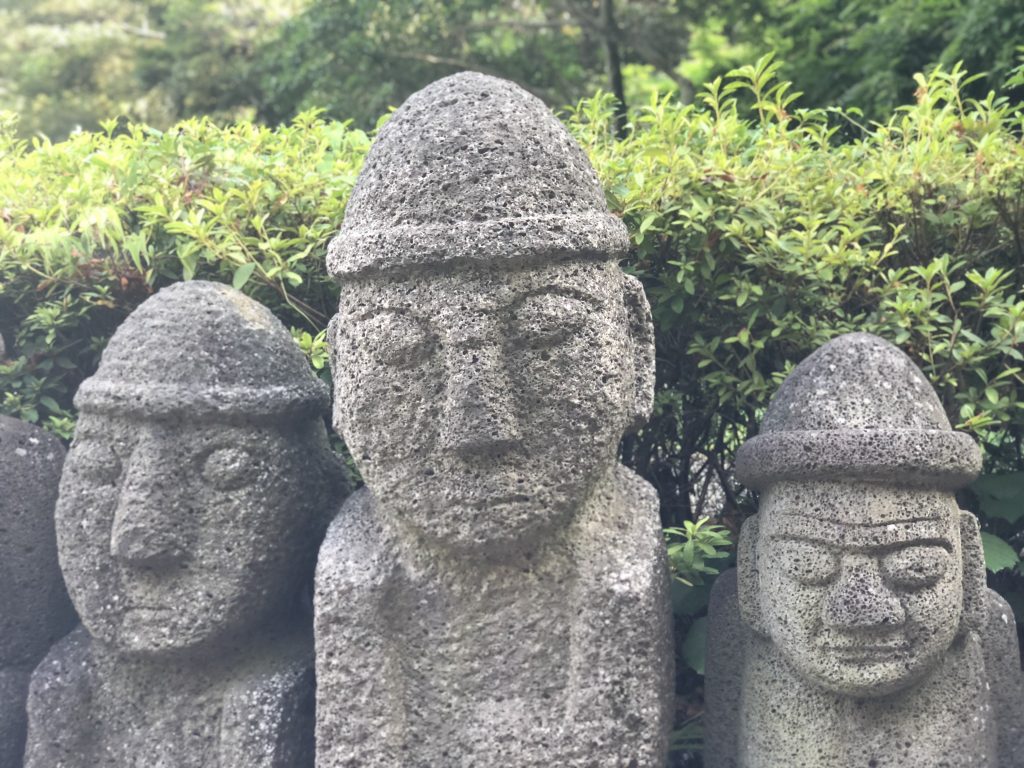 Jeongbang Falls
Address: Chilsimni-ro 214beon-gil, Seogwipo-si, Jeju-do
Cost: ₩2,000 per person,₩1,000 is you’re under 24 years of age
Jeongbang Falls is about 1-2km from Cheonjiyeon, but far more impressive. It’s the only waterfall in Asia to fall directly into the ocean. I would go around 5:30pm as they close at 6:00pm, but it would make a stellar place to watch the sunset. You can swim in the water, but it’s very cold so beware. There are many rocks you can sit on to look out at the ocean and listen to the waterfall crashing. 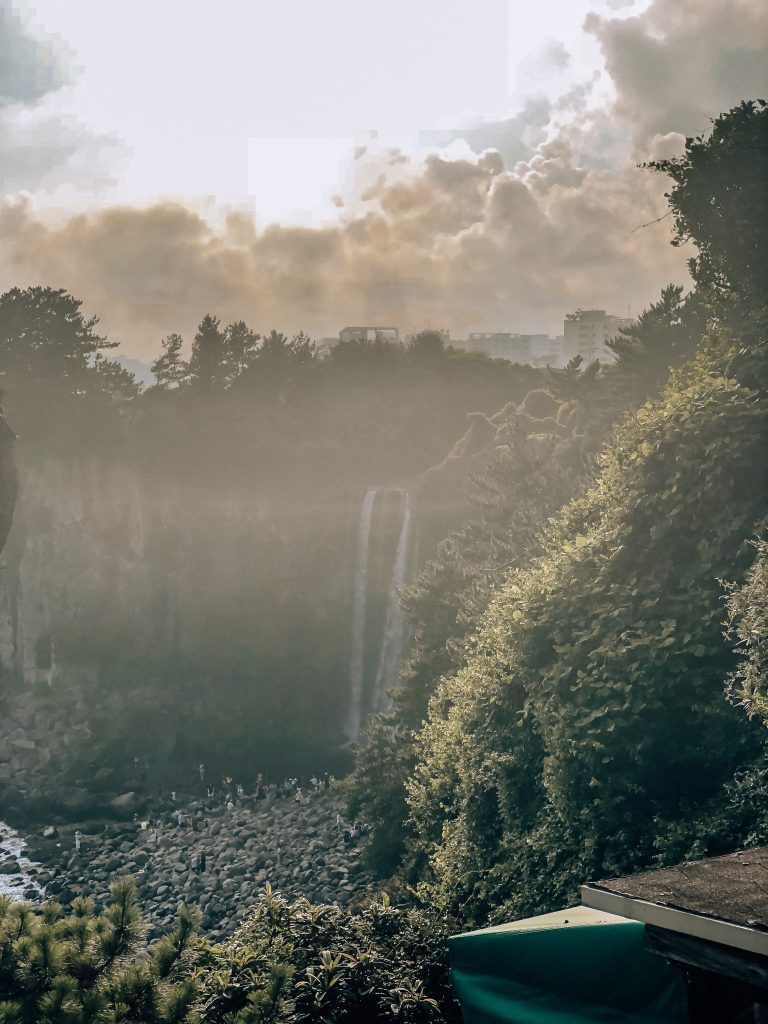 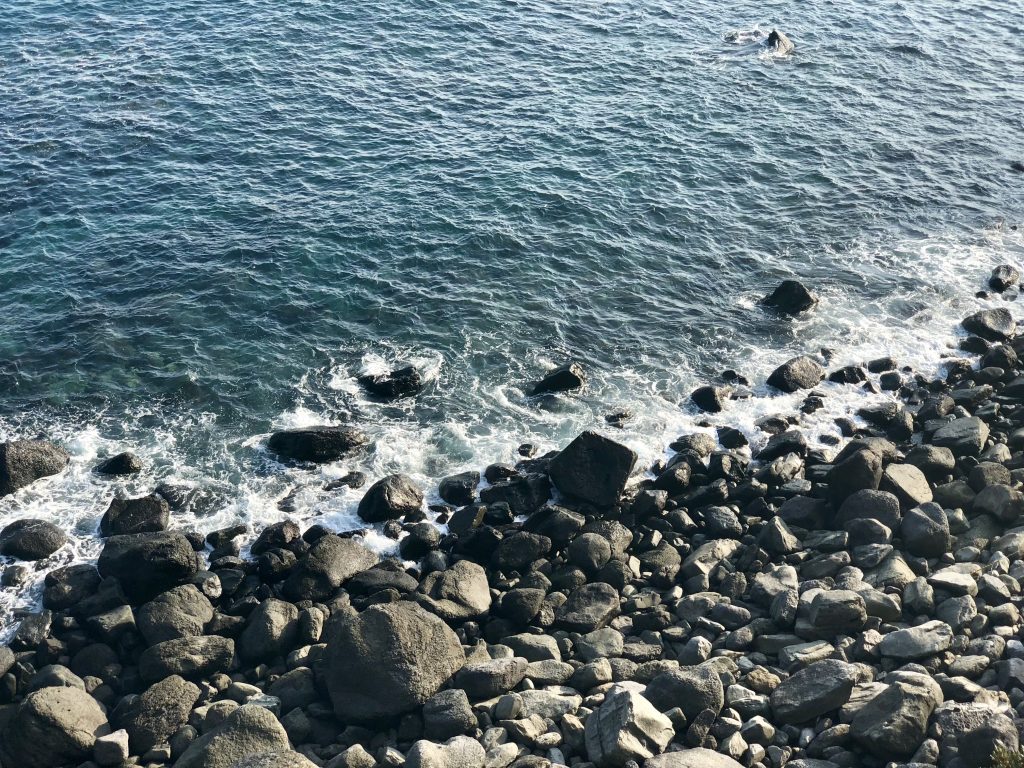 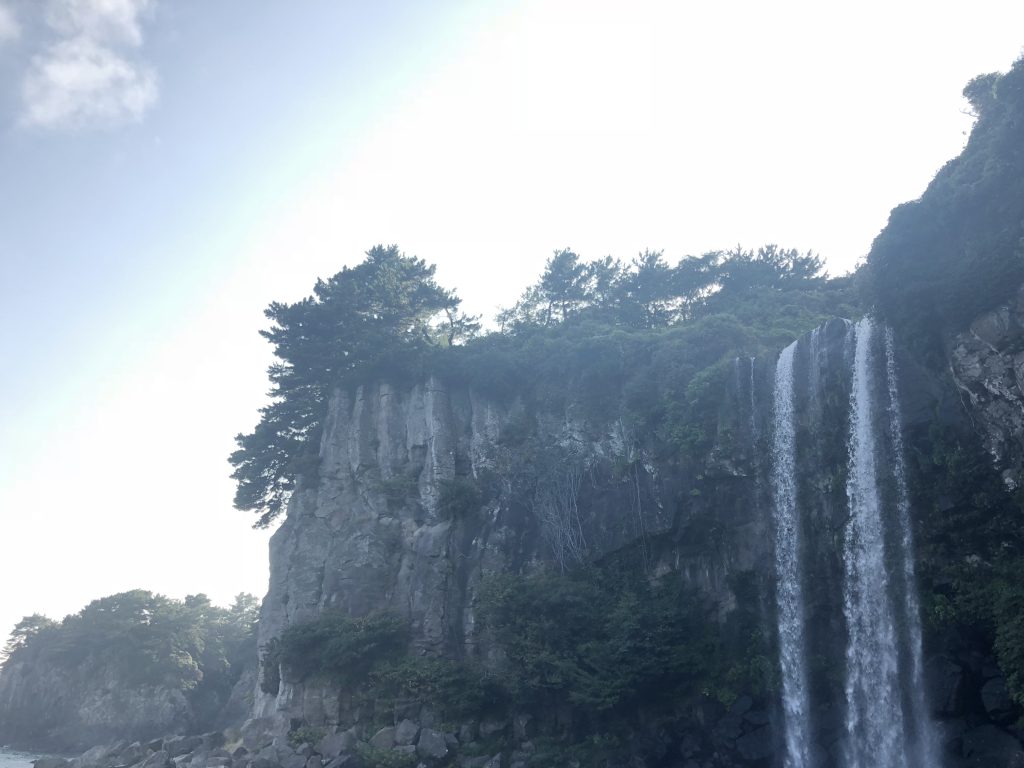 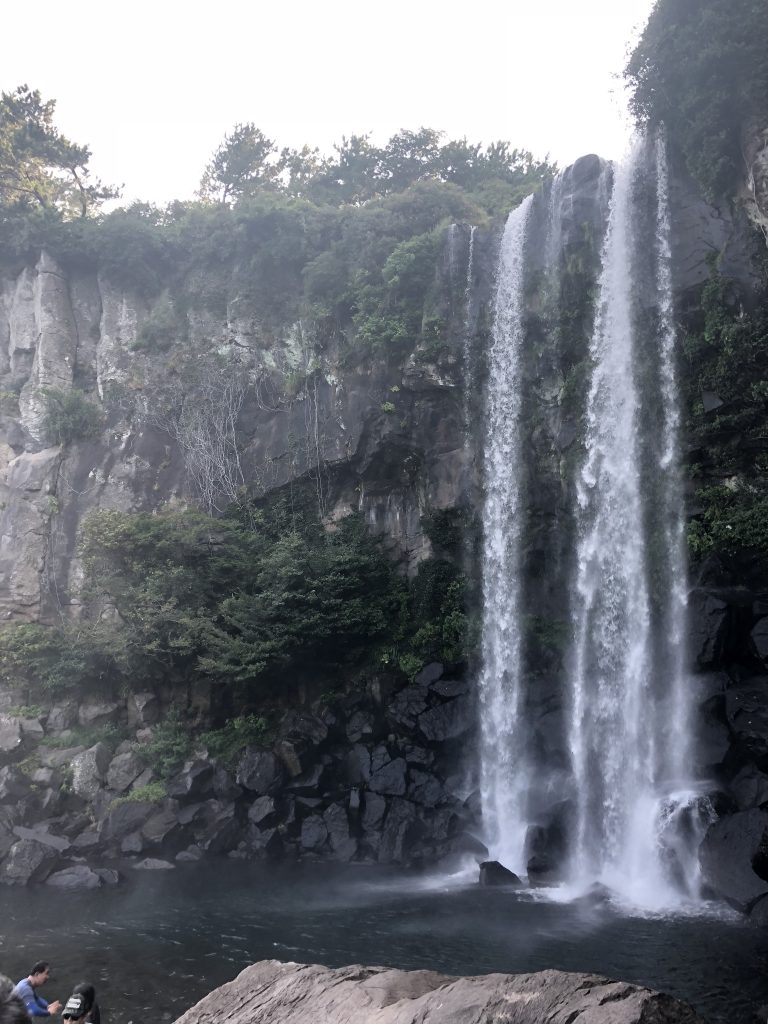 Jungmun Saekdal Beach
Address: Jungmungwangwang-ro 72beon-gil, Seogwipo-si, Jeju-do
Cost: Free
The beach! This beach is closest to the Falls in the southern, Seogwipo area of Jeju and although crowded it is very beautiful. There’s a lot of activities and it’s a good way to chill in the summer time, which is why we were there! 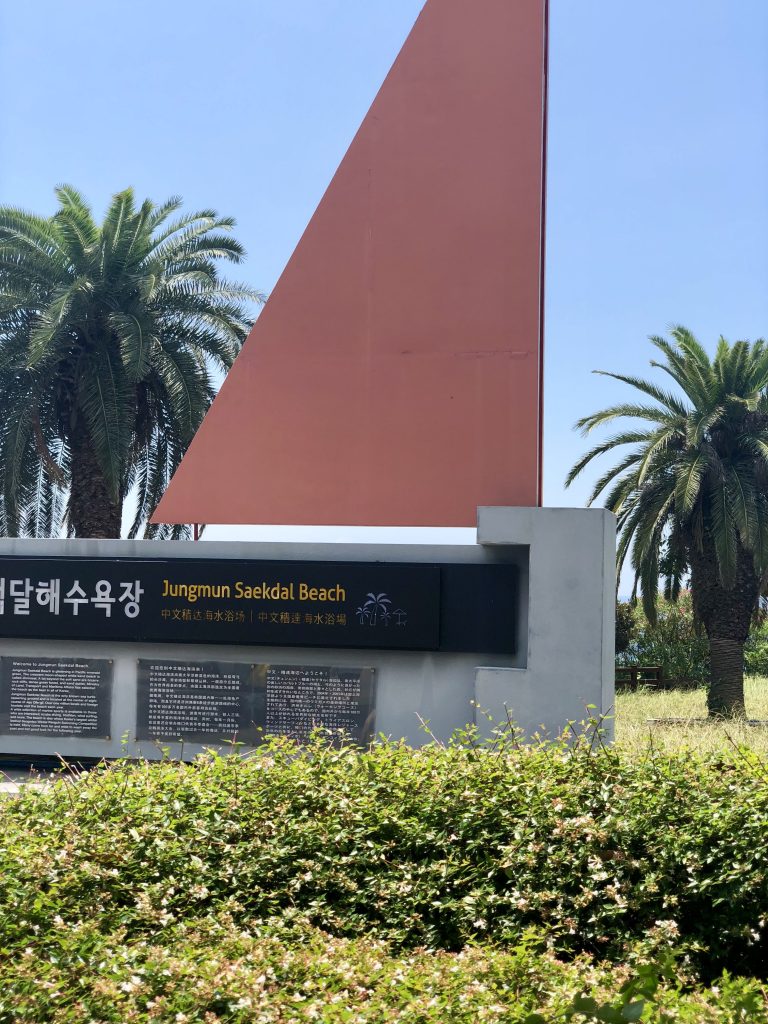 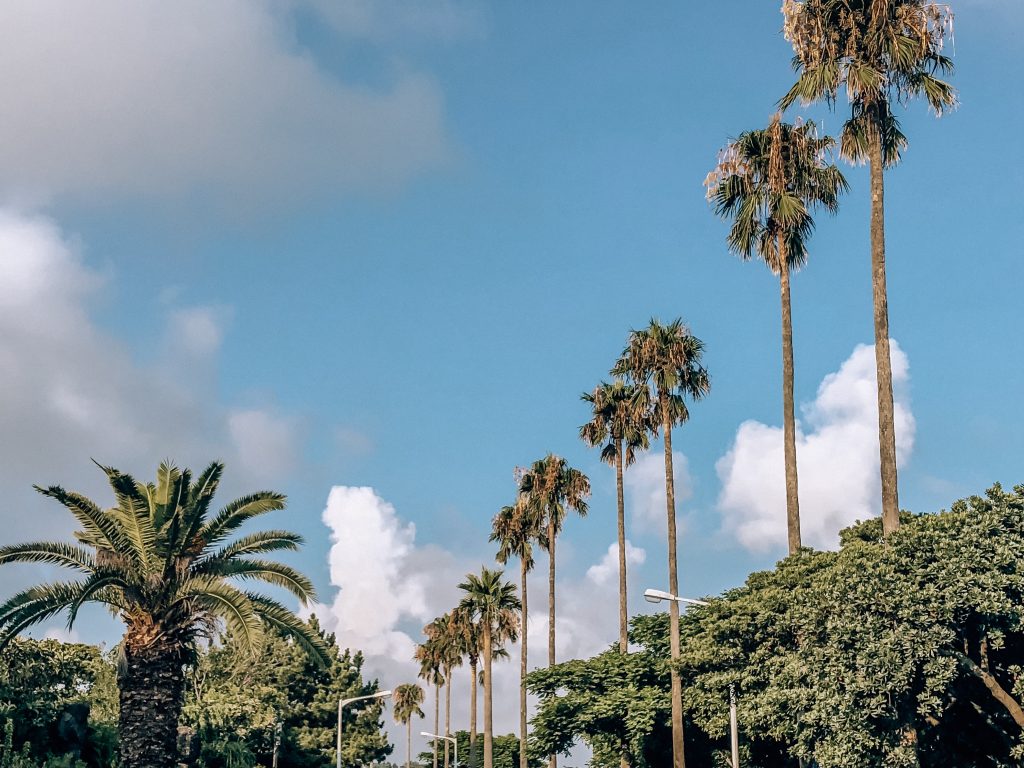 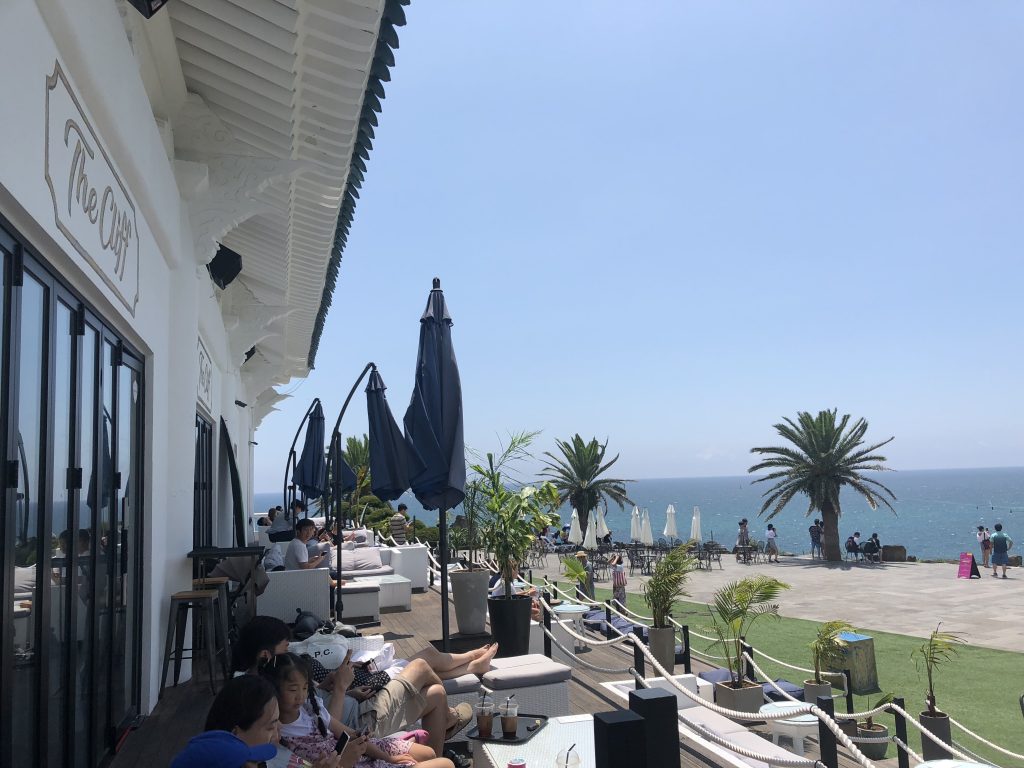 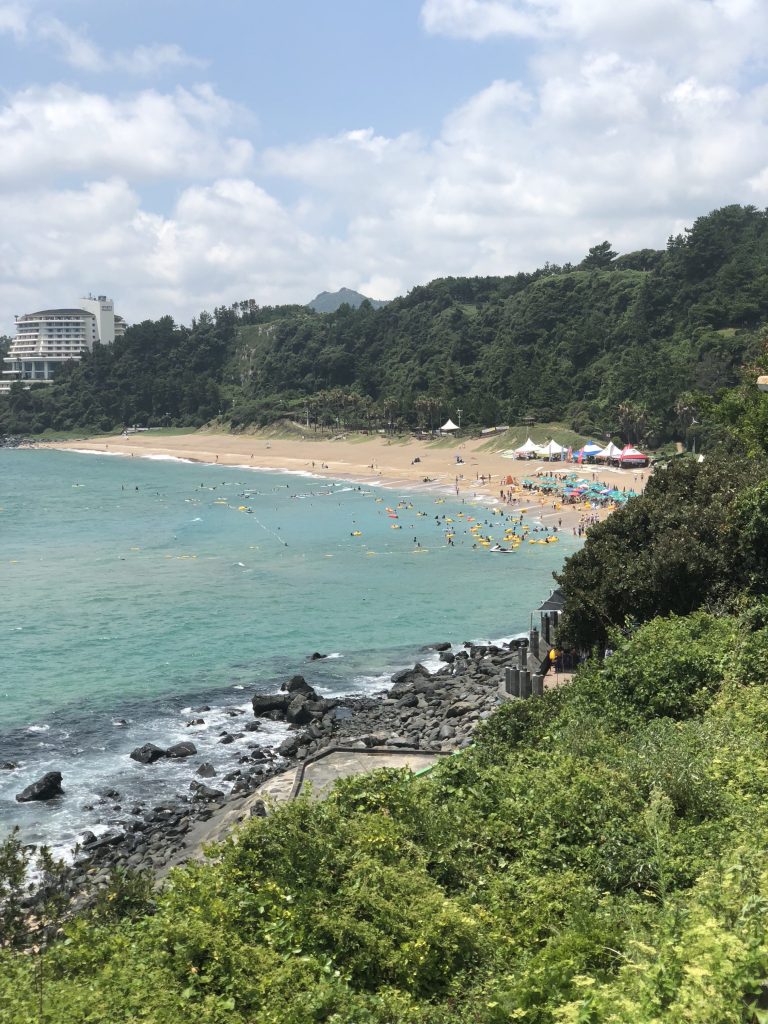 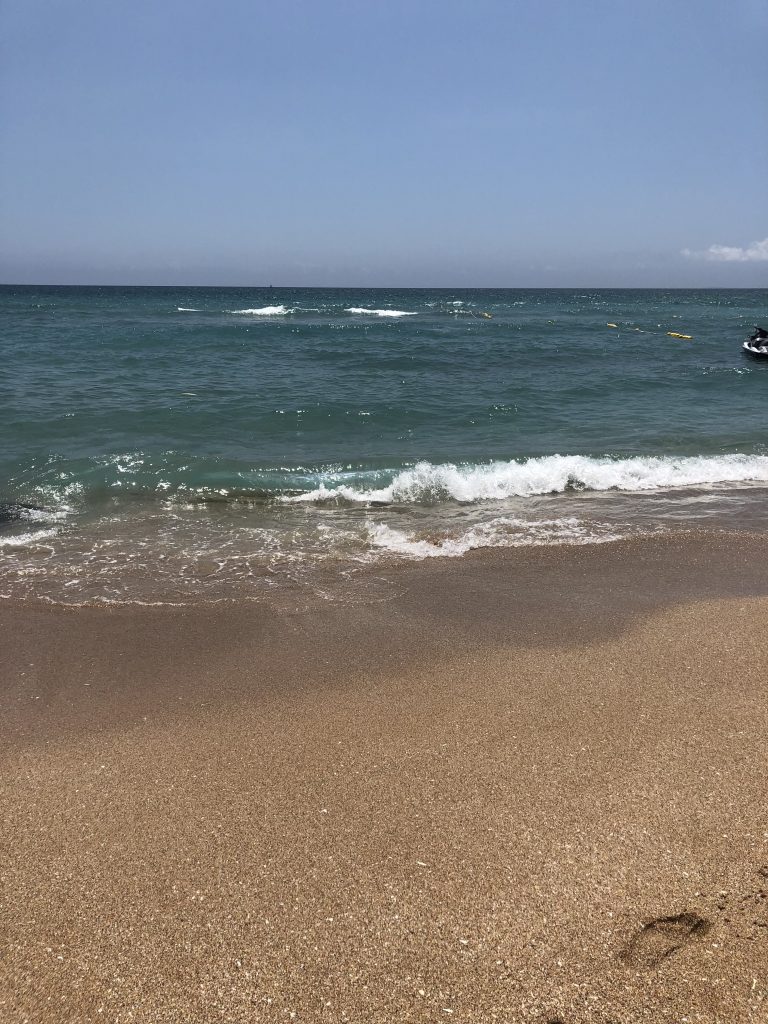 Brunch: Villa de Ato
I will note that this was one of the first truly American styled brunches I’ve had in all of Korea. It was only ₩12,000 and within walking distance of our hotel in Seogwipo. Plus, it was adorable. 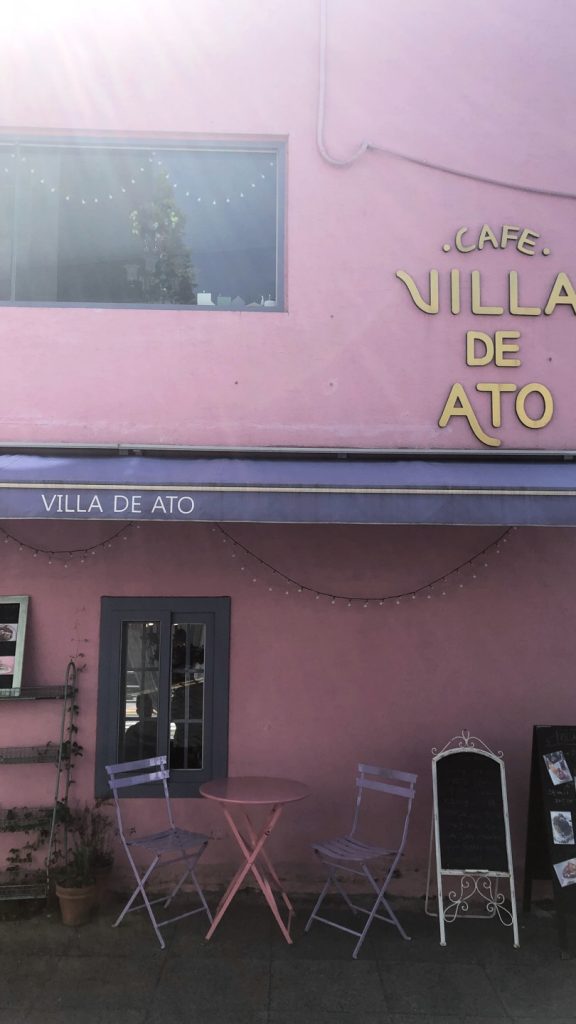 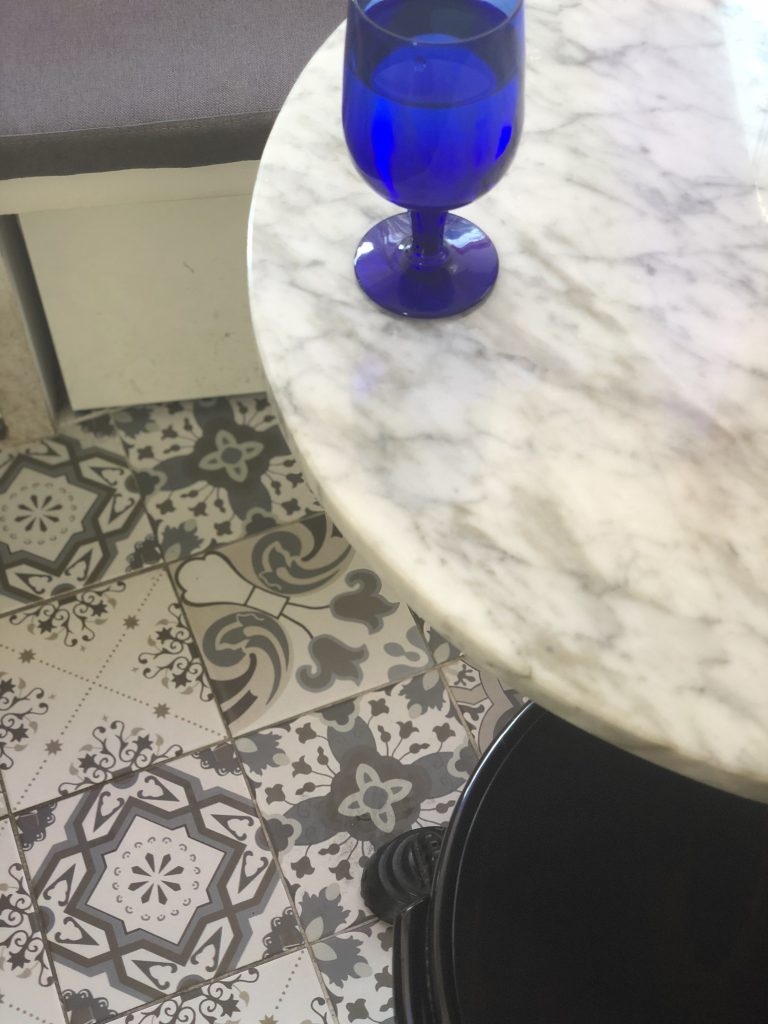 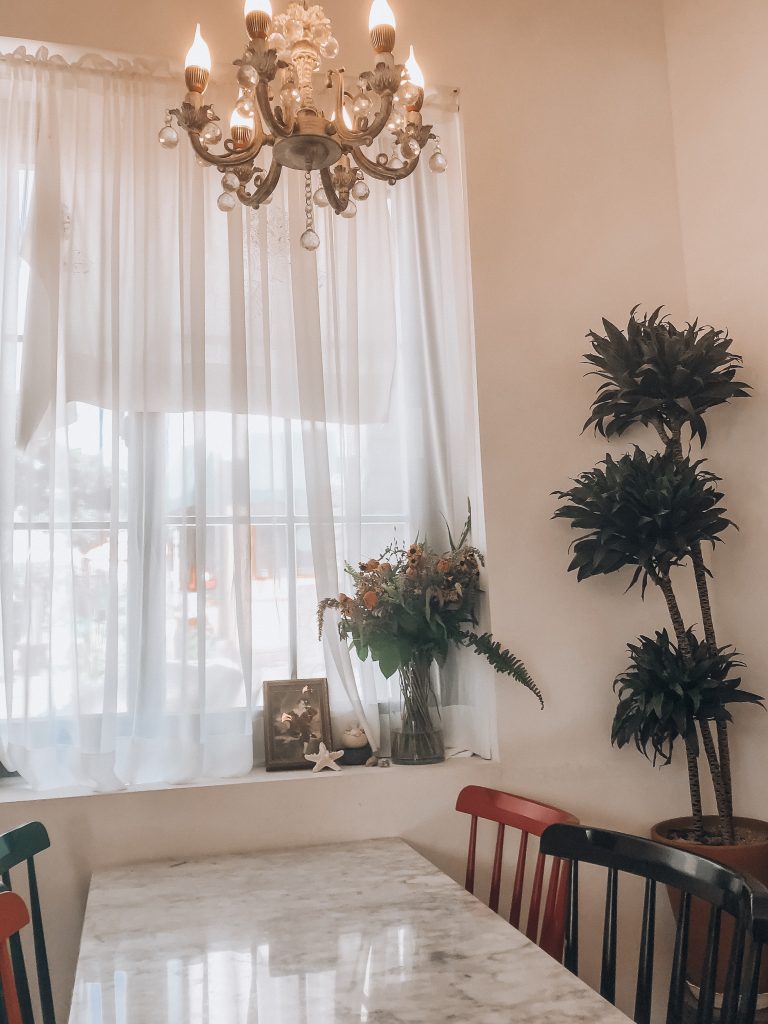 Bonus: Jeju Love Land
Address: 2894-72, Cheonbaengi-ro, Jeju-si, Jeju-do
Cost: ₩12,000
If you have time, and you’re not the faint of heart, stop by “Love Land”…it’s a theme sculpture park based on sensuality and eroticism. You’ve probably seen Buzzfeed articles on it. I did not go, but people find it entertaining. You must be 20 years or older to go and it’s about 20 minutes away from the airport. 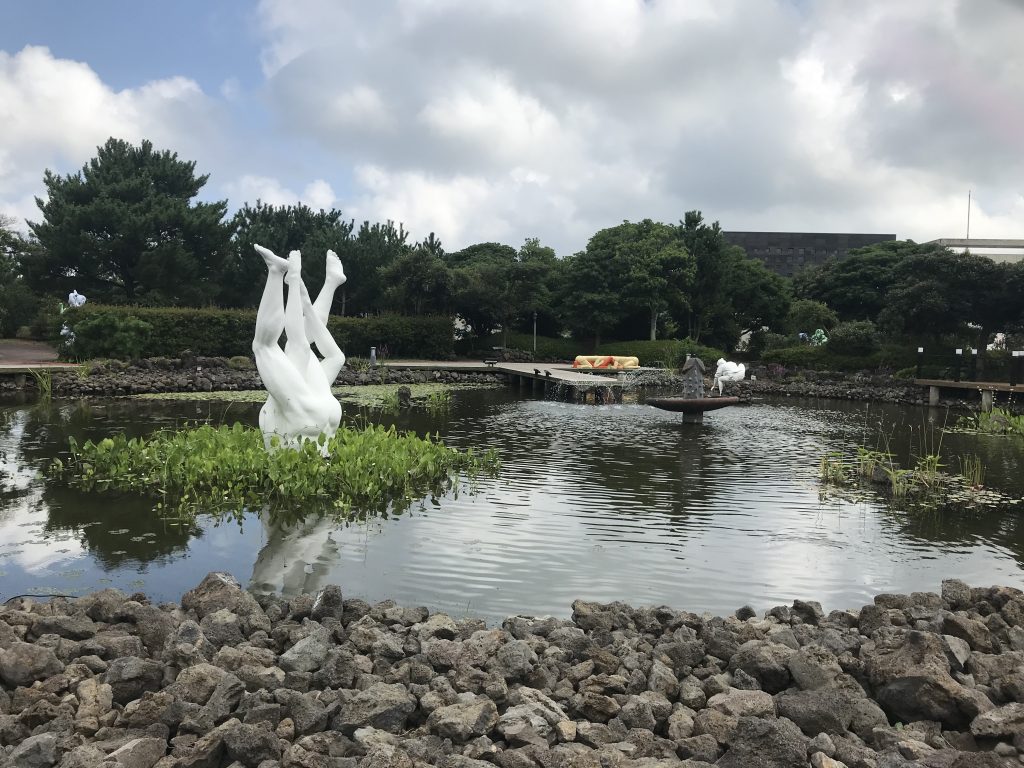 Helpful tips:
Okay, Jeju is a large island. To get from one coast to the other would take you about 2 hours by car. This is the exact opposite of mainland South Korea, where everything is very public-transportation-friendly. It is in your best interest to rent a car, but mind you, it will be expensive. If you can budget it, you should definitely, definitely do it. Although I stayed two days, I suggest staying at least three days and two nights in order to explore more of what Jeju has to offer.
I hope this was helpful! Happy traveling xoxo