Hello friends, long time no talk. I have been a busy, busy, bee the past few months, as we packed up our lives and drove across the United States. Luckily for us, something huge happened right at the beginning of our trip. Bradley asked me to marry him meaning we are engaged!

As you know from my introductory blog post, Brad and I actually met two years ago in April of 2019, but I was not ready. I was recently heartbroken, my family was having issues, and I was new to town. I didn’t feel like I could give anyone a piece of my peace at that time, and so we didn’t go on our first date as planned.

In January and February of 2020, I truly felt a magnetic pull to this man, and we’d run into one another often. Superbowl Sunday, he teased “when are you going to let me take you on that date?” And I answered “how about tomorrow?” I was ready, on my terms, and finally, we went on our first date.

Since the beginning, it’s like I had known Brad for years, although we could not be more opposite. I liked hearing about his experiences because they were so different from my own. In absolute serendipity, our crazy different paths met, at the same time, with the same goals in mind for the future.

I fought him on all of it and didn’t officially call myself his girlfriend until last May. Once I surrendered though, I knew it was over. We moved in together by September. We spent the holidays with one another: our first Thanksgiving, our first Christmas, & our first New Years kiss. So quickly, the two of us became the strongest team I had ever been a member of. We uprooted our separate lives and decided to move and start a new one together.

On the fourth day of our road trip, we were at his mom’s house in Beaumont, California. Brad had hopped out of bed bright & early, but I felt like staying in bed to sleep in. Low & behold, I made it to 9am sharp before he came into bed like a Labrador to wake me up. He really jumped on that bed like he was a dog. So happy. I wish I could’ve bottled that moment up so I could replay it forever. But I guess in a way, that’s why I’m writing it here.

I got ready & while that was happening, Brad’s mom came in to tell me something, but she looked at me all misty eyed “You look so cute in your glasses.” Looking back, it’s obviously because she knew was about to happen, and that makes it a very special memory to me.

Brad & I headed out to go explore where he came from. We drove through some of the most from his mom’s place to Desert Hot Springs, where he had gone to high school.

It was so wildly unfamiliar.

The fact that Brad & I could be so different and so close really blows my mind sometimes. I don’t think you all can really understand how opposite we are. He was smoking weed and skating in high school, and I was in youth group, cheer captain, and on the student government. Also, apart from the obvious physical differences, he is the calm, man of few words to my chatty, high functioning anxiety. The perfect compliment.

It’s hard to shock me with “different.” I’ve visited over 20 countries around the world. I feel comfortable in different settings. But Brad shocks me with his insight. He has legitimately changed my views on life. And in this very moment, driving through this new place, I was almost in pure shock. How can you love a place so much that feels so foreign to you? I was looking out the window at the stunning views of the California desert and looking at my man in the driver’s seat. Something so foreign and so different to me is exactly everything I had always needed. Something I could not have even imagined for myself. Brad and this life walked in as soon as I surrendered everything to God. We can talk about this another day, but y’all “His plan” is greater.

We got lunch at local mexican spot & I was elated consuming aguaschiles outdoors on a patio. Honestly, it was the best mood I had been in in a while and that made Brad happy, too. I actually thought he looked so particularly handsome and happy in that moment, that I took a candid photo of him without him realizing. Only got the back of his head, but this photo will always be near and dear to me. I took it because I wanted to remember how happy I was. Little did I know what was coming.

After lunch, he drove us up to this winding road. I just remember him being very adamant about going there. I thought for one quick moment “is he going to propose??” And then I squashed it with the “No, it’s too soon. There’s no way he has a ring” etc.

We got to the top and he told us to get out and go sit on the ledge overlooking the valley. Out of my pocket, I offered him the cookie I had stashed for him. I think he took it, but I honestly don’t remember.

He was stiff and not like his usual self. He told me he loved and then “Alex, I am so excited for this future we’re building together.” And then… he reached into his sock to pull out a shiny burgundy ring box. “Will you marry me?”

He opened the box to revealed the most beautiful ring I never knew I needed.

This fool just asked me to marry him???! (Without getting down on one knee?!) But alas, I had absolutely no other choice than a resounding “YES!!” Of course I’m going to marry Bradley.

OF COURSE I AM GOING TO MARRY BRAD.

After we got over the initial shock, we were laughing because the spot was not technically very romantic. There was trash all over the ground by our feet and loud people were surrounding us. The irony was funny and on the drive down, Brad said “what have I done???” In my opinion, it was very on brand and I wouldn’t have had it any other way.

I gave him a cookie from my pocket, he gave me a ring from his sock.

My ring is yellow gold, with a trillion cut Montana sapphire and three diamonds. The weirdest thing about this: I never once told him what I wanted, nor did I say I wanted something unique. He just knew! My Pinterest board only had 5 or 6 dream rings, three of which had this exact color stone. I truly thought he hacked into my Pinterest, but nope. He just knows me.

The next day, we drove down to San Diego and right before sunset, we headed to Ocean Beach, where Brad “proposed” again. His original plan was to do it here that night. It was one of the prettiest sunsets I’ve ever seen and he got down on one knee. After a sweet moment, we noticed there were obscenities written on the rocks near us, so maybe the grass isn’t always greener on the other side anyways.

So, that’s that. We are engaged! I could gone on, but it’s so mushy. When I ask him when he knew, he said he knew the day we met. He says he saw lights when I walked in. I can’t tell that story here though, because he tells it much better. You guys, I’m elated to marry this man and he is going to be the best dad someday. Like, the very best.

We’ve briefly discussed wedding plans and are looking at October 2022. This will give us enough time to plan and save. Also, we have no idea WHERE to get married and have discussed probably 10 locations at this point. Any and all wedding and marriage advice is welcome for us! Thank you for being a part of our journey and for reading this article.

Don’t miss out on following along!

Get more ideas for your next trip on my Pinterest

Apply for an International Visa– Where to next??

Or contact me for more info or to chat!

Okay, I am so happy you are here. Along Came Alex is a NYC based Travel & Beauty Blog. Sit back & take a look around...we have over 120+ blog posts so there's a little something for everyone! Feel free to comment, reach out & subscribe to tag along. 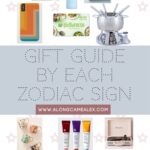 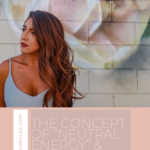 The concept of “Neutral Energy” & Why we can’t allow it 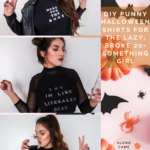 DIY punny Halloween shirts for the Lazy, Broke 20-something Girl 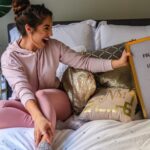