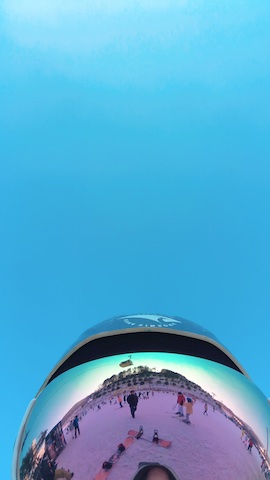 I will start by saying I have moved around my entire life, but my family settled in South Florida. THEREFORE I AM NOT A WINTER PERSON. I tried to ski extremely unsuccessfully a few years back before I moved here. However, I have lived in a cold climate of South Korea for the past two years, so I decided to give my go at snowboarding.

I’ve visited two different parks this winter and I’d like to discuss both. First, Welli Hill and then Phoenix Park.

Welli Hilli was the first park I visited in South Korea and it’s smaller, but that’s what I wanted. Overall, it was a great day trip with a pretty seamlessly.

We arrived around 10:30am and were able to get rental gear fairly quickly. I didn’t need clothing but they had that as well. The rental clerks took my card with my measurements and I had to give an ID for collateral. Take note, the measurements were in metric! I had to google my shoe size so maybe do that on the trip there to save time.

The grounds were smaller, but I enjoyed that. There were a variety of slopes , but the bunny hop I was clinging onto got VERY busy by the time we were winding down around 3:00pm. It was decorated for Christmas, which I though was a nice touch. Rental options, retail shops, a food court and even a convenient store all were in the same building.

There were many food options! Dumplings, korean food, pizza were the main attractions. I opted for some dumplings and soup. There was also a churro stand, ice cream stand and a cafe if you prefer snacks.

Phoenix Park was one of the venues utilized in the 2018 Winter Olympics! I attended the Olympics last year, but I never visited this venue so I was excited to finally check it out.

The rental experience was nearly identical to that of Welli Hilli so I’ll assume that’s the standard in Korea. Again, the measurements were in metric so make sure you know that so you don’t end up with the wrong sizing and some language barriers.

The slopes were incredible!! There is a beginning course that is 2.4km long!!! For me, someone learning, it was a phenomenal to practice! Each run took me like an hour or more, but I was able to really practice sooo long so I felt like I improved so much.

So, there’s a lot of food on the larger grounds, but in the ski area, there is Korean food, selected western food, snacks, and coffee. It’s honestly not as impressive as the food court area at Welli Hilli and I was surprised.

So there you have it folks! If you need transportation information, check the websites, however I will say that we drove to both! Parking was simple and free.

Thanks for reading! If you have any questions, please feel free to leave a comment below.

USA Day Tripper: St. Louis, Missouri
Stop what you're doing and go to LAOS
48 hours in Jeju Island, South Korea
Gold Fork Hot Springs: A Winter Must-Do
An Ultimate Travel Guide to Austin, Texas: where to eat + what to do